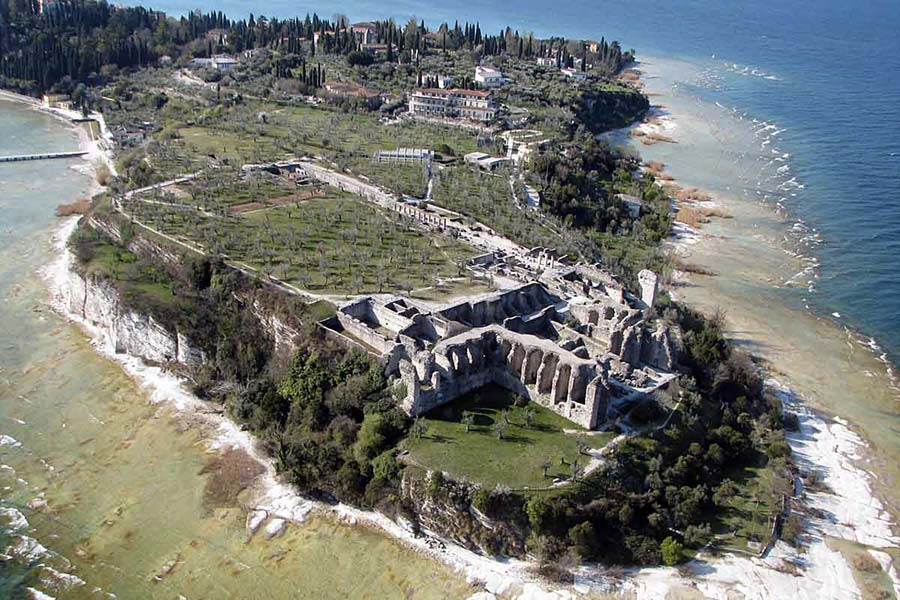 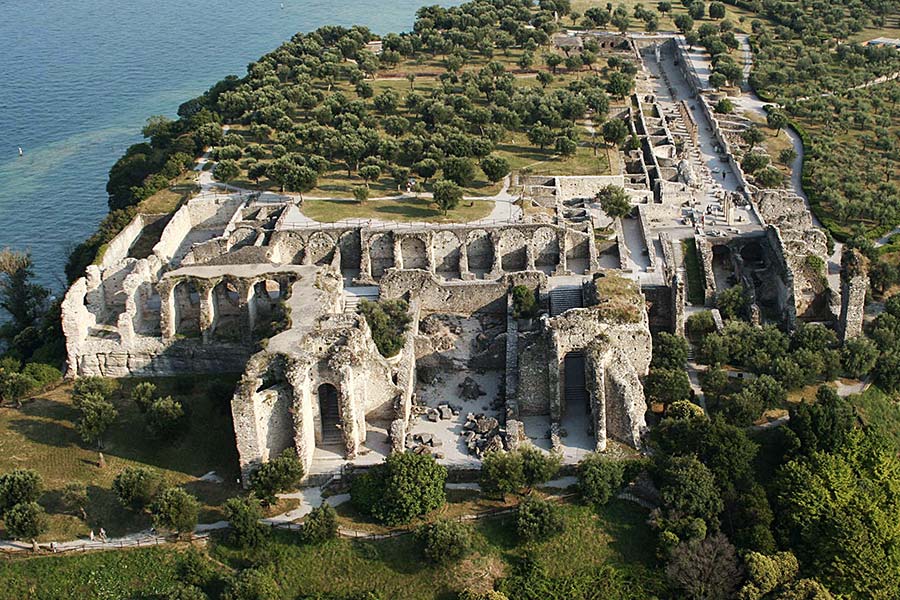 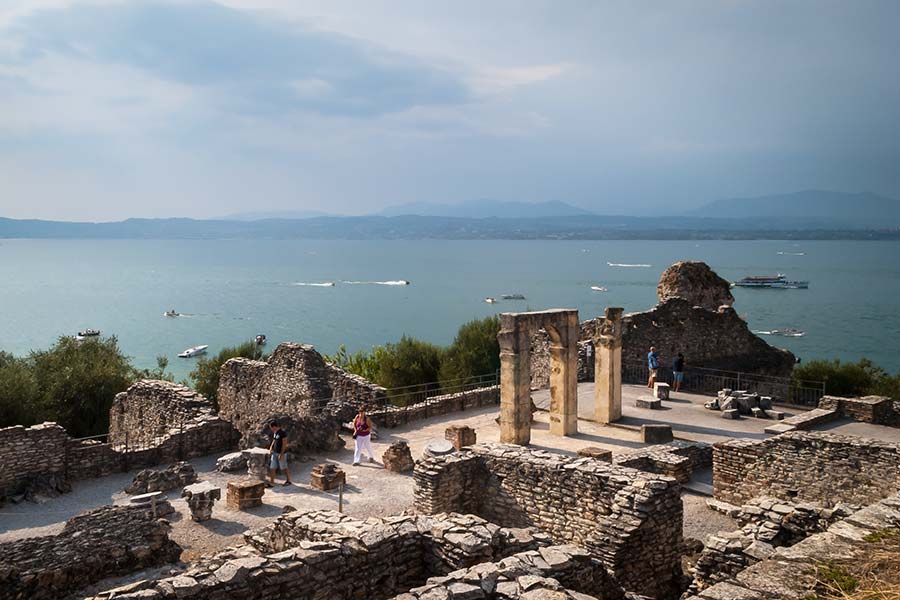 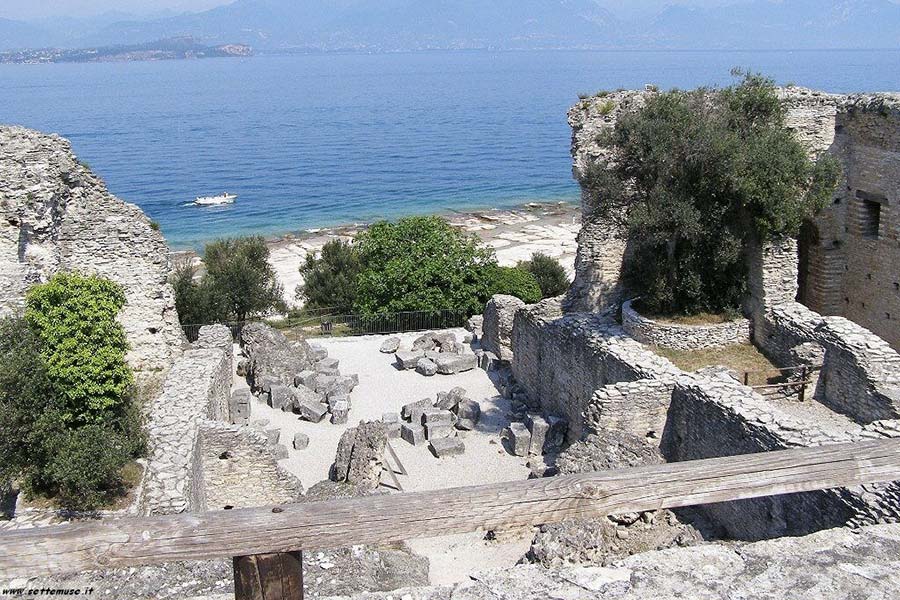 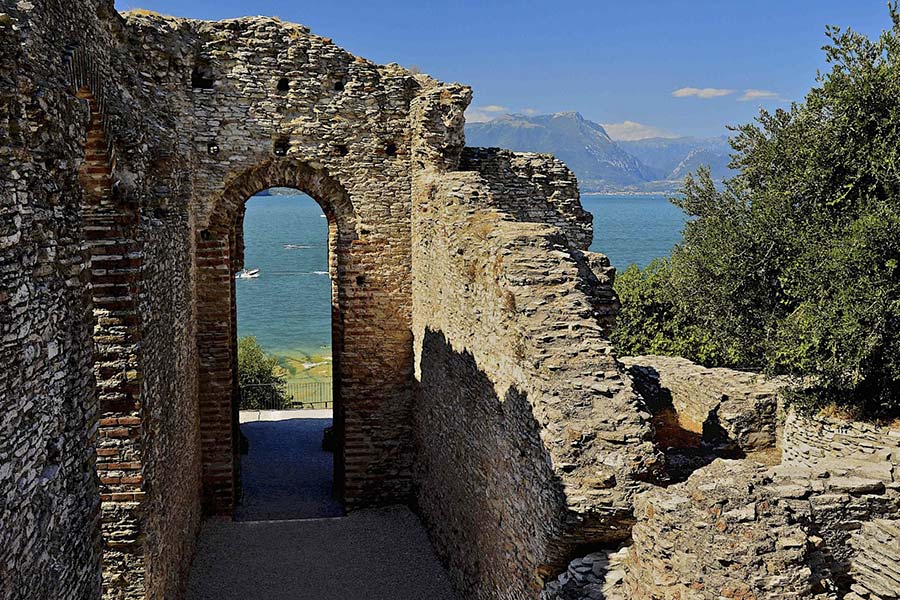 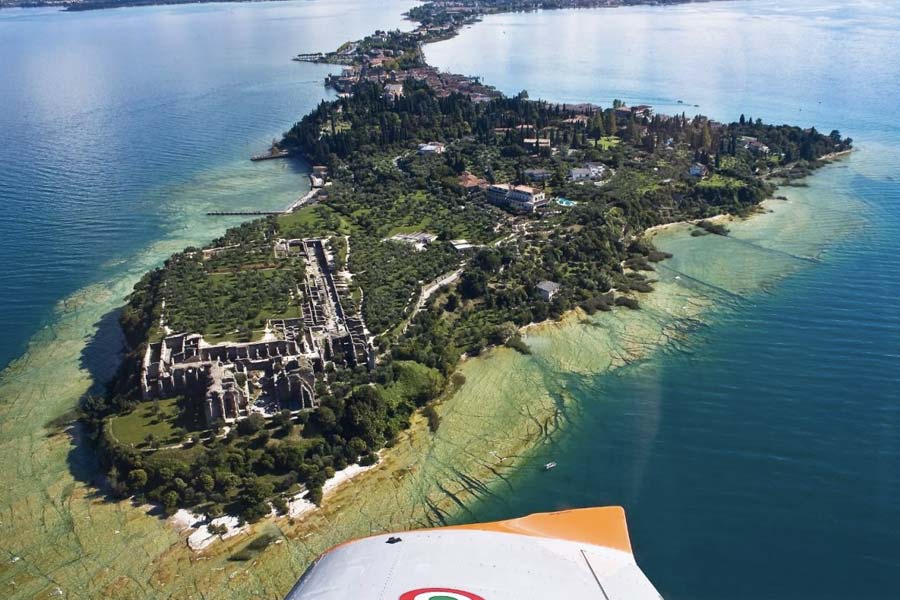 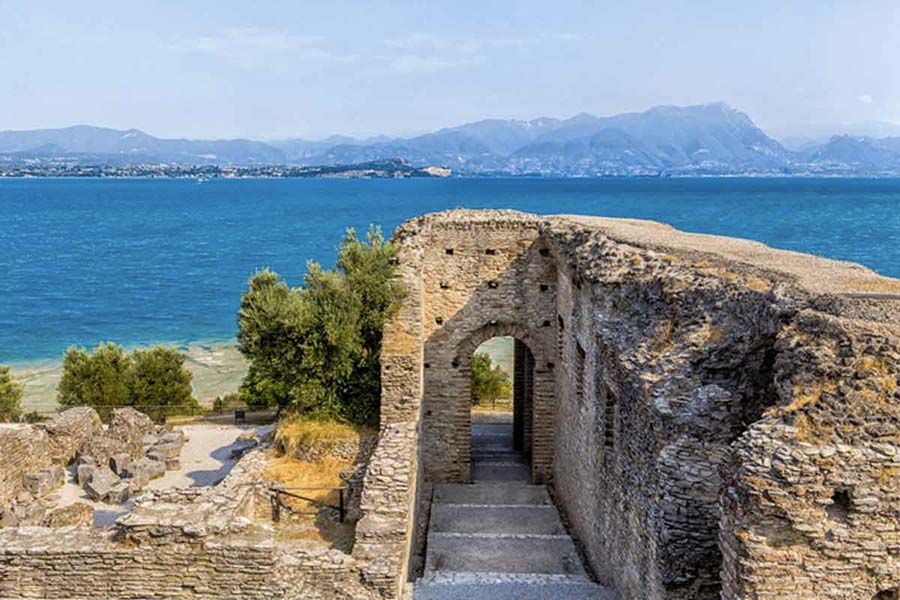 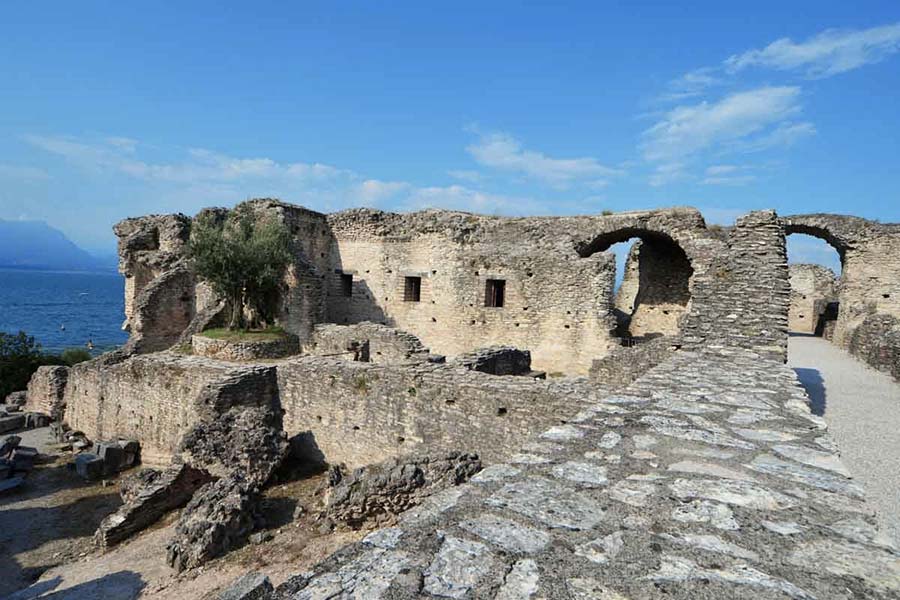 At the end of the Sirmione peninsula is the archaeological area of the “Grotte di Catullo” which contains the remains of one of the largest Roman residential villas in the whole of northern Italy.

Directly overlooking the entire basin of Lake Garda and occupying an area of two hectares, it is surrounded by an historic olive grove of over 1,500 plants.

The large villa was built at the beginning of the I ° Century D.C., but probably it was already in a state of neglect in the III Century D.C. when different parts of its architectural decoration were transferred to the other Roman villa in via Antiche Mura.

Between the 4th and 5th centuries the surviving structures of the villa were included as part of the fortification fence of the Sirmione peninsula, and inside were burials.

During the nineties of the last century more recent studies confirmed that the whole complex was realized under a unitary project defining orientation and size of the spaces according to a precise criterion of axiality and symmetry. 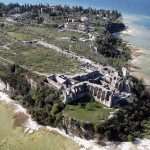 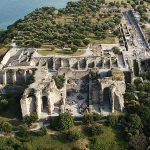 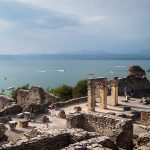 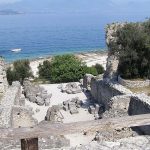 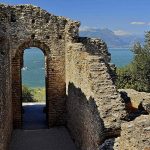 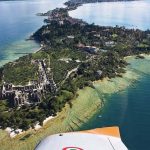 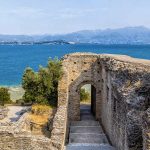 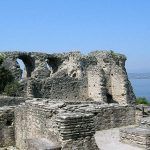 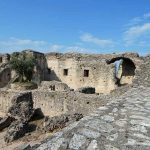